“ Lots of subtly complex hooks and lush harmonies, and a wealth of influences from the realms of folk, Americana and rock ‘n’ roll.” - Aaron Carnes 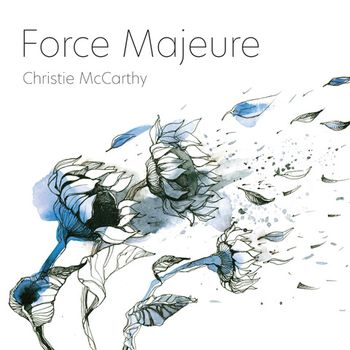 The album has been receiving early acclaim. The title track recently won best alt-folk/soft rock song in the 2022 Song Door competition, and two other tracks off the record (Johnny On The Spot and Keyhole) were category winners in the 2021 West Coast Songwriter’s International Song Contest.

Force Majeure was recorded remotely over 2020-2021, during the height of the pandemic. All the musicians, including Christie, recorded their parts in their home studios. Christie edited, mixed and produced the record at home in Studio One software.

Musicians who appear on the album include Celso Alberti on drums, Yuji Tojo on bass and guitar, Rhan Wilson on bass and ukulele, Jamie Coffis and Gianni Staiano on keys, Patti Maxine on lap steel, and Glenn MacPherson on guitar

The CD Release Show for Force Majeure will take place on Saturday, April 30 at Michael’s On Main in Santa Cruz, CA. Christie will be joined by Yuji Tojo, Rhan Wilson and Patti Maxine.

In addition to her recording work, Christie has toured extensively (opening for Melissa Etheridge, Janis Ian, Laurie Lewis and Neale Donald Walsh, among others). Her songs are featured in TV shows and on compilations by Target, Sharper Image, and Wells Fargo alongside artists like Norah Jones, Diana Krall, and Dave Matthews. Christie is also the recent recipient of the Glendale Educational Foundation 2022 Diamond Award for distinguished achievement in the arts. Glendale is Christie’s hometown.

Tickets and information can be found at here or at Michaels On Main.